Throughout history, parents and teachers have hit children to try and teach them a lesson. Until the end of the last century, physical punishment of children was generally accepted worldwide. The use of physical punishment, such as spanking, is often a reactive response of adult frustration or anger. Parents who hit their kids typically claim that they were struck during their childhood but turned out okay. However, there have been no studies reporting any benefits from hitting children.

Aggression is a reflexive response to experiencing pain. When children grow up with the understanding that violence is an appropriate way to get what you want, they’ll mimic this behavior.

Spanking may seem to stop bad behavior at the time, but in the long term it only makes the child behave worse. In fact, corporal punishment has been linked to negative behaviors like bullying, lying, cheating, running away, school behavioral problems and involvement in crime.

Researchers observed that children’s brains are actually altered when they are frequently spanked (at least once a month for more than three years). These children had less grey matter in certain areas of the prefrontal cortex, which has been linked to depression, addiction, and other mental health disorders. The change in grey matter also affects a child’s IQ, decision making, and thought processing capabilities.

There are however other methods on discipline that are more effective and less harmful to children. Free State Care in Action is focussed on empowering parents and caregivers to be able to practice constructive discipline methods. Social workers provide parental guidance to parents through individual sessions and group work.  For more information contact Free State Care in Action at 051-4446143.

The Effects of Teenage Pregnancy on the family and society

Role of preschool in my child’s development 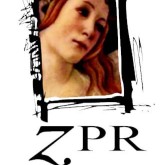